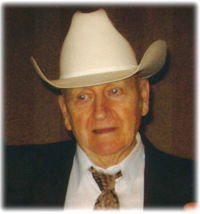 It is with profound sadness that the family of Lance Kallenberger, beloved husband of Marion, announce his passing in Medicine Hat on Thursday, January 5, 2017, at the age of 86 years. Along with Marion, Lance’s memory will be forever cherished by his three children, Keith (Judy) of Medicine Hat and their children, Katie Rose (Jeff) Simpson and their children, Emma and Lily, Dalis (Andy) Hofer and their children, Kolbie and Boston; Joanne (Dave) Sereda of Calgary and their children, Christopher (Madison) and Bryan (Dakota); Pat (Radka) of Dunmore and their children, Casey and Kristy; sister, Margaret Campbell; brother, Harris Kallenberger; Marion’s siblings, Norma Kallenberger, Barney (Sharon) Heather, Betty Johnson (Gus) and Peter (Delores) Heather as well as numerous nieces and nephews. Lance was predeceased by one daughter, Lisa in infancy; parents, Jacob and Edith; brothers, Wallace and Joe; sister, Alice (Bill) Webb; niece, Pat Schile; father-in-law and mother-in-law, Adolf and Leah Heather. Lance was the third child born to Jacob and Edith Kallenberger on July 31, 1930, in Medicine Hat. He was raised on the family farm in the Eagle Butte and Thelma Districts. Lance attended school in the Eagle Butte District and in Medicine Hat. At the age of 17, he started working for Alberta Transportation, where he worked for 37 years until his retirement in 1985. Although retired, Lance kept busy operating his L. Kallenberger Trucking company. Later on, he completed his working career trucking for various local companies. On June 17, 1960, Lance married Marion Heather and together they spent all 56 years in Medicine Hat where they raised their family. Lance enjoyed music and took every opportunity to play and sing those country classics and to show off his accordion, violin and guitar skills. He filled his spare time camping, bowling, playing cards, watering his trees and grass or just tinkering in his garage. Together with Marion, he loved taking many road trips, some of which included Vegas, Disneyland and various places throughout British Columbia, Alberta and Saskatchewan. His favorite trip was to Niagara Falls on their 50th wedding anniversary. A Celebration of Lance’s life will take place at Cook Southland Funeral Chapel, 901 – 13 Street S.W., Medicine Hat on Monday, January 9, 2017, at 1:00 p.m. with Life Celebrant Gerry Getz officiating. Private interment will take place at Hillside Cemetery. (Condolences may be expressed by visiting our website at www.cooksouthland.com). If friends so desire, memorial donations in Lance’s name be made to the Canadian Liver Foundation, Suite 309, 1010 – 1 Avenue, Calgary, AB., T2E 7W7; Canadian Diabetes Association, 102, 73 – 7 Street S.E., Medicine Hat, AB., T1A 1J2 or to the Palliative Care c/o MH & District Health Foundation, 666 – 5 Street S.W., Medicine Hat, AB., T1A 4H6. Honoured to serve the family is