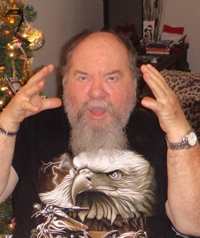 Wayne Dale Beierbach of Chilliwack, passed away suddenly in a motor vehicle accident on Friday, December 30th, 2016 at the age of 62 years. Wayne is survived by his mother, Doreen Beierbach; daughter, Stacey (Keith) Greggains; siblings, Barry Beierbach, Rodney (Cecilia) Beierbach, Roxanne (Dave) Marr, and Rainy Deis (Kevin Petersen); three grandchildren, Ember, Nathaniel and Joshua; Aunt Pearl & Uncle Alex Palama and family, Uncle Jack Hellman and family; as well as numerous nieces and nephews. Wayne was predeceased by his father, Herbert Beierbach Jr. (2005); his grandparents, Emil and Viola Darr and Herbert Beierbach Sr. and step-grandmother, Elsie Beierbach; Aunt Lily Hellman; and maternal grandmother, Marie Beierbach. Wayne was born on January 17th, 1954 in Medicine Hat to Herbert Jr. & Doreen Beierbach. He went to school in Horsham and Richmound, Saskatchewan. Wayne was raised on the family farm homestead near Richmound until 1970 when he moved to Medicine Hat. In the late 1970’s he started driving truck with Linden Transport. From that day forward, Wayne found his passion and life long career of long haul trucker, driving many miles up and down the blacktop; always speaking of beautiful scenery and many amazing friendships made along the way. If Wayne was not making miles in his truck, he was grabbing gears and riding the open road on his motorcycle. Wayne will be greatly missed by his extended family, especially his friends in Chilliwack that he had, to the west coast, east coast, Yukon and south to the USA. A Celebration of Life will be held at VICTORY LUTHERAN CHURCH, Fellowship Hall, 2793 Southview Drive SE, on Saturday, January 14th, 2017 at 12:00 until 4:00 p.m. with Reverend James Bredesen officiating. Interment will take place at Saamis Prairie View Cemetery at 3:00 p.m. Memorial gifts in Wayne’s memory may be made to a charity of one’s choice. Condolences may be sent through www.saamis.com or to condolences@saamis.com subject heading Wayne Beierbach. Funeral arrangements are entrusted to