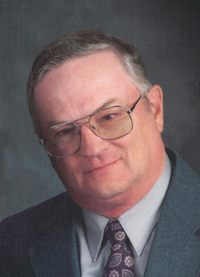 Frank Young, beloved husband of Jeanette Young (nee Lyczewski), passed away in Bow Island on Wednesday, January 18, 2017 at the age of 78 years after a long battle with cancer.

The Funeral Mass will be celebrated at St. Michael’s Catholic Church, 1113 – 1 Street East, Bow Island on Tuesday, January 24, 2017 at 1:00 P.M. Burial to follow at the Bow Island Cemetery. Condolences may be forwarded by visiting our website at www.southlandfuneral.com.

Besides Jeanette, his loving wife and best friend of fifty two years, he is survived by their children Glen (Gwen) Young of Burdett and their family Alex and Brittney; Sheila (Todd) Logelin of Camrose and their children Nolan and Max. He is also survived by his mother Irene Elle; sisters Angela Morgan of Edmonton and Carol (Jim) Parker of Victoria, British Columbia; brothers Dennis Young (Mona Raugust) of Medicine Hat and Ken (Bette) Young of Lethbridge; brothers-in-law Len Harty (Dorothy May) of Medicine Hat, Robert (Geraldine) Lyczewski of Bellevue, Bernard (Sharlene) Lyczewski of Bow Island and by numerous nieces and nephews.

He was predeceased by his father Frank Young in 1988 and sister Marjorie Harty in 2013; sister-in-law Anne Young and brothers-in-law Ron Morgan and Leroy Lyczewski.

Frank was born in Lethbridge on April 11, 1938. He began farming at an early age and continued to do so until the time of his passing. Frank and Jeanette have enjoyed travelling to Yuma, Arizona for the past thirteen years. His love of farming, family and travel have allowed him to live a full and happy life.

If friends so desire, memorial tributes in Frank’s name may be made directly to the Bow Island and District Health Foundation, c/o Bag 3990, Bow Island, Alberta T0K 0G0.

Leave a Condolence for Rick Matz