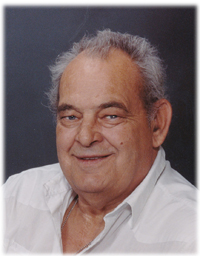 It is with sadness that the family announce the sudden passing of their father, Wade Cole Gariepy on Wednesday, January 18, 2017, at the age of 74 years. Wade was born to Sheila and Patrick Gariepy on October 13, 1942, in Edmonton. He married his first wife, Alannah Ronnie in 1962, in Red Deer. Wade later married, Patricia Durk in Red Deer on June 17, 1977. He worked in many fields which included the Oil Rigs, as a Commercial Trucker, Logging and Welding Procedure Specifications.  Wade furthered his education and received his Electronic Technician certificate at Lethbridge College. He was the most caring and spiritual man one could meet and once you met him, you never forgot him. Wade enjoyed making people laugh and he loved flirting with the ladies!  He loved to watch movies especially John Wayne westerns, Star Trek, Lord of the Rings as well as the TV series NCIS. Puzzles and tending to his yard were some of his greatest passions. Wade and Pat enjoyed their community and became involved in the Kennel Club and the Suffield Community Recreation Association. They both loved animals, dogs and cats alike; starting with Wade’s first puppy, Chubby, Shorty, Ace and Dutches; Poppy the horse, and the Beagles, Buffy, Laska, Zoey, Trouble and Stewie. Wade’s memory will be forever treasured in the hearts of his children; Dirk Gariepy, his son Cole and his children, Mackenzie, Adele and Eian; Lance Gariepy, Dahrlyne (Micheal) Gariepy; three step-children, Randy (Janet) Ross, their children, Melissa, Danielle, her son Blake; Jacquie (Tim) Cook, their children, Jordan and Sabrina; Curtis (Kyla) Ross, their children, Trey, Walker and Cooper. Wade is also survived by his siblings, Judy Caldwell and Randy Gariepy and their families. He helped raise several children throughout the years including, Aidan Watson, Alexis and her son, Rowan Watson. Wade was predeceased by his wife, Patricia Gariepy; parents, Patrick and  Sheila Gariepy (nee McKay). The Funeral Service will be celebrated at Cook Southland Funeral Chapel, 901 – 13 Street S.W., Medicine Hat, on Thursday, January 26, 2017, at 2:00 p.m. with Life Celebrant Gerry Getz officiating. If friends so desire, memorial donations in Wade’s name may be made to the Heart and Stroke Foundation of Alberta, #124, 430 – 6 Avenue S.E., Medicine Hat, Alberta, T1A 2S8 or to the SPCA, 55 Southwest Drive S.W., Medicine Hat, Alberta, T1A 8E8. (Condolences may be expressed by visiting our website at www.cooksouthland.com) Honoured to serve the family is