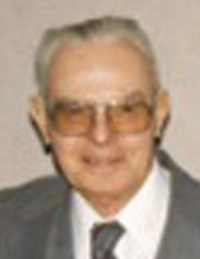 William “Bill” Westland was born in Bow Island on October 13th, 1921 and resided in Medicine Hat until his passing on January 23rd, 2017. He was predeceased by his wife, Helen; a daughter, Shirley Dowler; one granddaughter, Lorrie Dowler; and two great-grandchildren, Brentley and Shandi Dowler. Dad worked all his life in Medicine Hat for the Public Works and the majority of his career at the Medicine Hat Regional Hospital as a nursing orderly in the operating room until his retirement at age 55. For many years, he served as a representative for C.U.P.E. Local 189 where he was involved in negotiating for the union at a provincial level. Dad enjoyed growing flowers and gardening at his own home until his health would no longer permit him to do so. He then took up residence at Sunnyside Nursing Home until his passing. Dad is survived by one son, Jim (Gail); son-in-law, Carl Dowler; as well as five grandchildren and thirteen great-grandchildren. He will be sadly missed by many friends and family members. Very special thanks goes to the staff at the Haven Villa who so compassionately took care of him during his failing years. The Graveside Service will be held at HILLSIDE CEMETERY, 10th Avenue and Gershaw Drive SW, on Thursday, January 26th, 2017 at 11:00 a.m. with Pastor Bob Findley officiating. Those wishing to attend are asked to meet inside the cemetery gates at 10:45 a.m. Memorial gifts in Bill’s memory may be made to the charity of one’s choice. Condolences may be sent through www.saamis.com or to condolences@saamis.com subject heading Bill Westland. Funeral arrangements are entrusted to