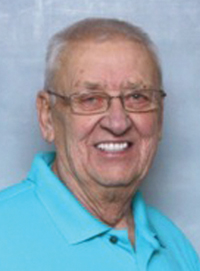 Joseph “Joe” Maurice Thiel, beloved husband of Sharon Thiel of Redcliff, passed away on Friday, January 20th, 2017 at the age of 74 years. Joe also leaves to cherish his memory one daughter, Sheila Thiel; one brother, George (Gladys) Thiel; one sister, Mildred Garuik (Walter Klippenstein); as well as numerous nieces and nephews. Joe was predeceased by his parents, Maurice and Perpetua (Bella) Thiel; two brothers, William Thiel and James Thiel; and one sister, Anna Thiel. Joe was born on June 18th, 1942 in Weyburn, Saskatchewan and was raised in Tribune, Saskatchewan. He married Sharon Nimegeer on May 28th, 1966 in Halbrite, Saskatchewan and moved to Redcliff in July 1966. He worked at the Medicine Hat Regional Hospital as a Nursing Orderly for 15 years before working as a mechanic, retiring in 2002. Joe enjoyed fishing, camping, reading, playing games and face-timing his brother and sister. He will be missed by all those who knew and loved him. The Funeral Service will be held at SAAMIS MEMORIAL FUNERAL CHAPEL, 1 Dunmore Road SE, on Friday, January 27th, 2017 at 11:00 a.m. with Gary W. Goran officiating. A private interment will take place at Redcliff Cemetery. Memorial gifts in Joe’s memory may be made to the Alberta Heart and Stroke Foundation, 124, 430 – 6th Avenue SE, Medicine Hat, Alberta, T1A 2S8 or to the Canadian Cancer Society, 325 Manning Road NE, Calgary, Alberta T2E 2P5. Condolences may be sent through www.saamis.com or to condolences@saamis.com subject heading Joe Thiel. Funeral arrangements are entrusted to