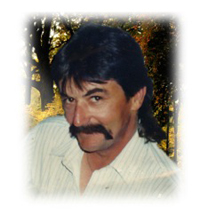 Larry Dale Knoll went to be with His God, peacefully at home on Friday, January 20, 2017, at the age of 63 years following a lengthy and courageous battle with Cancer and Kidney Disease. Along with his wife of 18 plus years Kelly (nee Collins), Larry will be remembered as the loving and devoted father (Dad) to two children, G. Michael B. Collins (Christie Myles) of Medicine Hat, AB and Jacob William Heinrichs of Swift Current, SK. And then along came Brett and Sabrina! …and in time, his treasured granddaughter, Paige Audra Hemingson!! Larry also leaves to cherish his memory, his sisters, Evelyn (Clarence) Young, Rose (Robert) Tomkins, twin Linda (Barry) Mildenberger; his brothers, Ken (Anne) Knoll, James Knoll and his sister-in-law, Jeanette Knoll as well as several Godchildren, numerous nieces, nephews and their families. Larry was predeceased by his father, Lorenz Knoll in 1984; mother Margaret (Zeigler) in 1986; brothers, Jack (Jeanette) Knoll in 2009 and baby Markus in 1936 (infancy). Larry was born on March 16, 1953 in Regina and raised in Sedley, SK. After graduation, he began his career initially in Seismic and then Pipelined for numerous companies most notably Schindle and Bazin, Hat Pipeline, Flint, and Big Country up until his passing. Larry met the love of his life, Kelly in 1994 in Simmie, SK and eventually they made Medicine Hat their home along with Michael, Jacob and Kelly’s Mom, Helen Collins. In 8/8/98 (so Larry wouldn’t forget) they were married in the gazebo that Helen built in their backyard. A year later, they became the proud owners and operators of Sharp Shooter’s Billiard Club. The pool table has been racked in Heaven! Larry’s last days were spent quietly and comfortably at home with his beloved cats, Jack and Molly. On January 20, 2017 they were celebrating a late New Year’s Eve along with Larry and Lois Dillman. He was even able to enjoy a couple of Old Mil’s while Kelly and Lois prepared their favourite hors d’oeuvres! The service celebrating Larry’s life will be held at Holy Family Parish, 1451 Strachan Road S.E., Medicine Hat on Saturday, January 28, 2017, at 2:00 p.m. with Deacon Robert Risling officiating. A time of fellowship and refreshments will immediately follow at the Southside Events Centre, 4 Strachan Court S.E., Medicine Hat. If you are unable to attend, memorial donations in Larry’s name may be made directly to the Margery E. Yuill Cancer Centre or to the Dialysis Unit c/o MH & District Health Foundation, 666 – 5 Street S.W., Medicine Hat, AB T1A 4H6 or to the SPCA, 55 Southwest Drive S.W., Medicine Hat, AB, T1A 8E8. (Condolences may be expressed by visiting our website at www.cooksouthland.com) Honoured to serve the family is