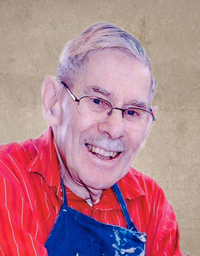 Leonard Leighton Keays of Medicine Hat, beloved husband of the late Winnifred Keays, passed away at the Medicine Hat Regional Hospital on Saturday, February 25th, 2017 at the age of 91 years. Leonard leaves to cherish his memory two sons, David (Marlene) of Maple Creek, Saskatchewan and Donald (Tracy) of Medicine Hat; seven grandchildren, Crystal (Jamie), Danielle (Tyson), Harlen, Trent (Chantal), Chelsea (Colin), Whitney (Rob) and Leighton; eight great grandchildren, William, Matthew, Tyce, Kailee, Owen, Alexa, Olivia and Emma; as well as numerous nieces and nephews. Leonard was predeceased by his wife, Winnifred in 2005; his parents, Arthur and Elsie Keays; and two sisters, Erla (Ed) Sanderson and Eileen (Harold) Urvold; and brother-in-law, Earl (Mary) Ewing; and sister-in-law, Marge (Joe) Mazzei. Leonard was born in Maple Creek in July of 1925 and was raised on the family ranch where he remained till the early 1980’s. Len and Win spent their winters in Punta Gorda, Florida and summers in Cypress Hills Park until they retired to Medicine Hat in 1996. Dad had many hobbies including woodworking, pottery and Barbershop singing. He was active in many community activities and organizations and enjoyed helping others; he will be missed by friends and family. The family wishes to thank the staff at Meadowlands where Len was a resident since 2012. We would also like to extend thanks to the Doctors and staff of 5 West, 4 West and the Palliative Care Unit for the good care they gave Dad over the past 3 weeks. Those wishing to pay their respects may do so at SAAMIS MEMORIAL FUNERAL CHAPEL, 1 Dunmore Road SE, on Thursday from 10:00 a.m. to 1:55 p.m. The Funeral Service will be held at SAAMIS MEMORIAL FUNERAL CHAPEL, on Thursday, March 2nd, 2017 at 2:00 p.m. with Gary W. Goran officiating. Interment will follow at Saamis Prairie View Cemetery. Memorial gifts in Leonard’s memory may be made to A.J.‘s Loan Cupboard, P.O. Box 45006, MacKenzie Drug Post Office, Medicine Hat, AB, T1A 0B1 or to the Jasper Centre, Box 1504, Maple Creek, SK, S0N 1N0. Condolences may be sent through www.saamis.com or to condolences@saamis.com subject heading Leonard Keays. Funeral arrangements are entrusted to