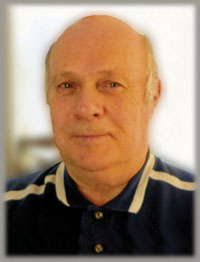 Melvin (Mel) Bespflug passed away peacefully in Calgary on Tuesday, March 14, 2017 at the age of 73 years after his brave battle with cancer. Mel was born in Prelate, Saskatchewan on July 7, 1943. He grew up in Saskatchewan making many friends and moved to Calgary in 1965. Mel met Beatrice and they were married in 1967. He was a proud father of Sheri and Edward and very proud and active grandpa. Mel dedicated his career to Sears where he had many friends and loyal customers. Mel’s favorite past times were hockey, football and baseball especially the Montréal Canadiens. He leaves his beloved wife Bea, daughter Sheri (Keith); grandchildren Rachel and Kaitlyn, son Edward; grandchildren Nicole and Caiden; godchildren Michelle Dempster and Tammy Still; favourite pets Jake and Bubbles; as well as so many other family members and friends too numerous to mention. Mel was predeceased by his parents Frank Bespflug and Magdalene Leismeister. The Celebration of Life for Mel Bespflug will be held at Mountain View Funeral Home 1605-100 Street SE Calgary (17th Ave SE & Garden Rd) on Saturday, April 1, 2017 1:00 -3:00 pm. In lieu of flowers please donate to Canadian Cancer Society 200, 325 Manning Road NE, Calgary, AB T2E 2P5 or www.cancer.ca. To express condolences, please visit www.mountainviewmemorial.ca