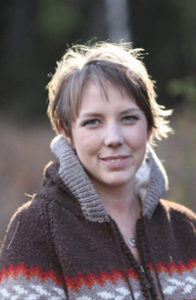 JUNE 19, 1987 – APRIL 20 , 2017
Sonja’s earthly journey ended on April 20, 2017. She was promoted to Glory, at the age of 29 years at St. Joseph’s Hospice in Medicine Hat to be with her Lord and Saviour. She leaves to cherish her memory her loving husband Ryan Scott of Redcliff; her parents, Gloria and Kevin McGivery of Medicine Hat; sister, Katrina (Cody Sieben) of Edmonton; mother-in-law Sandra Scott of Brooks; Uncle Wayne (Faye) Iverson of Sylvan Lake, Kevin’s birth mother Dolores Barker of St. John, NB, honouary Grandmother Alice Krohn of Medicine Hat and many cousins and friends. Sonja was predeceased by her father-in-law Brian Scott, her maternal Grandparents Joe & Verna Iverson and her Paternal Grandmother Mrs. Cora McGivery and Great-Grandmother Lillian Moe. Sonja was born in Medicine Hat. She attended Crestwood Elementary school, Alexandra Junior High, Medicine Hat High School, Medicine Hat College and University of Lethbridge graduating with her Bachelor of Management Degree majoring in Accounting only one year after her first brain cancer surgery. Growing up she was loved immensely by her grandparents Joe & Verna who cared for the girls while their mom and dad worked hard to keep them in various sporting activities including AMAC. Sonja was an avid volunteer at numerous organizations including Medicine Hat Public Library, Riverview Nursing Home and the YMCA with special needs children. Sonja became a lifeguard at a young age, worked as a teacher’s assistant at Crestwood School, was a super sales associate at Intersport and Sport Chek where she received one of Canada’s Top Retail Sales Awards. She continued employment at the Medicine Hat College and became an assistant at the Community Foundation of Southeast Alberta. Sonja married the love of her life, Ryan Scott on August 17, 2013 and settled in Redcliff. Sonja and Ryan became the proud parents of their kitten Rex and Golden Labrador, Caliber. These four-legged kids provided hours of entertainment and comfort along with their loving family and the countless friends that have helped Sonja and Ryan through this difficult diagnosis.
If friends so desire, memorial donations may be made to St. Joseph’s Carmel Hospice 156 -3 Street N.E. Medicine Hat, AB T1A 5M1 or the Medicine Hat SPCA, 55 Southwest Drive S.W. Medicine Hat, AB T1A 8E8. A celebration of life with Pastor Art Hildebrand officiating, will be held at Hillcrest Evangelical Church on Saturday, April 29, 2017 at 12p.m. where friends are encouraged to wear bright colours that remind them of Sonja.