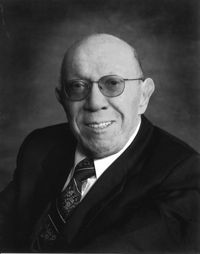 Jack’s membership in the Christian and Missionary Alliance spanned some five decades. He embraced the four-fold gospel of Jesus Christ as Savior, Sanctifier, Healer, and coming King with enthusiasm. His enthusiasm, too, was based on the Biblical admonition of “he that glorieth, let him glory in the Lord.” Jack was predeceased by his father Henry Pallo in 1943, his mother Selma Pallo in 1975, his sister Daisy de Launay in 1987, and his dear wife Ida in 1990.

Jack served the City of Red Deer for almost 44 years. His last position with the City of Red Deer was that of Grants Administrator. Prior to his death, Jack was actively enrolled as a student with Prairie Bible College in the Bachelor of Arts in Ministry/Multidisciplinary Major program.

Funeral services will be held at the Deer Park Alliance Church, 2960-39th Street, Red Deer, on Wednesday, July 12th, 2017 at 10:30 AM with Pastor Ben Elliott officiating. Interment will follow in the Red Deer Cemetery.