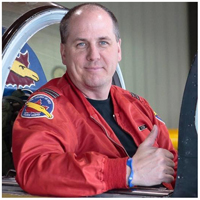 It is with heavy hearts that we, the family of David John Rozdeba, announce his passing at the Medicine Hat Regional Hospital on Wednesday, September 6, 2017, at the age of 51 years. Dave is the loving husband to Tammy and father to their 3 precious girls, Courtney, Keanna and Katelyn; son of Edward John (deceased) and Doris Rozdeba; brother of Jessica (Kevin) Mcnaughton and family; son-in-law to Barry and Vivian Dooley; brother-in-law to Perry (Donna) Dooley and family, Dana (Chris) Bruins and family and an uncle to many. Dave was born on February 10, 1966, in Zweibrucken, Phalz, Germany, near a military base his father was assigned to at that time. He received the first 12 years of his education in Cold Lake, AB., and Moose Jaw, SK. He then went on to further his education, studying at both the Medicine Hat College and the University of Lethbridge before receiving his Bachelor of Arts and Education degrees. Dave then attended San Diego State University where he worked diligently to receive his Master’s Degree. He first worked as a teacher at Alexandra Middle School from 1991 to 1996 and then as an administrator and coach at Eagle Butte High School from 1996 on until his health would not allow him to continue working. It was during his time at the Medicine Hat College that Dave met Tammy, both of them playing on the Rattler’s teams. They were later married in Medicine Hat on July 4, 1992. Their marriage was blessed with the addition of each of their three girls. Dave loved his girls dearly, and over his 26 years of coaching, relished each opportunity to coach their teams, leading one of the girls to a Provincial Basketball Banner. He was a very community minded individual who gave selflessly of his time to numerous organizations. He was instrumental in founding the Family Fun and Flight Show where he served as ‘Flight Boss’, he founded and coached the Golden Hawks Club basketball team, founded the AIAAA, was actively involved in the ASAA and travelled the world teaching various leadership courses. His many contributions were recognized when he received the Queen Elizabeth II Diamond Jubilee Medal for his efforts within the community and abroad. During the little ‘free time’ Dave had, you guessed it.. he kept busy! He worked hard to achieve his Blue Belt in Gracie Jiu-Jitsu. That same determination would see him start and finish the West Coast Trail and complete a Go Ruck Challenge with the Navy Seals. Amazing accomplishments that he was very proud of, but time spent with his family topped it all.

“Never Out Of The Fight”

Vigil Prayers will be recited at Cook Southland Funeral Chapel, 901 – 13 Street S.W., Medicine Hat on Friday, September 8, 2017, at 7:00 p.m. The Funeral Mass will be celebrated at Holy Family Parish, 1451 Strachan Road S.E., Medicine Hat on Saturday, September 9, 2017, at 11:00 a.m. with Reverend Father Philip Le celebrant. Private interment will follow at Hillside Cemetery with a time of fellowship thereafter in the Holy Family Parish Hall. Everyone attending is encouraged to wear the colors from their teams that he coached and the organizations that he was involved with. (Condolences may be expressed by visiting our website at www.cooksouthland.com) If friends so desire, memorial donations in Dave’s name may be made directly to the Canadian Cancer Society, 200 – 325 Manning Road N.E., Calgary, Alberta, T2E 2P5 or to HALO, 12 – 49 Viscount Avenue S.W., Medicine Hat, Alberta, T1A 5G4. Honoured to serve the family is