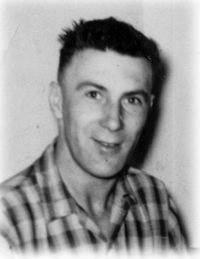 Raymond Arthur Resener passed away at the Riverview Care Centre in Medicine Hat on Tuesday, September 12, 2017, at the age of 84 years. Raymond is survived by five children and their families, Wayne Resener of Medicine Hat, Debbie Resener of Vancouver, Beverley McKinley of New Zealand, Glenda Resener of Medicine Hat and Colleen Pennington of Medicine Hat. He is also survived by two brothers, Allen and Melvin Resener and their families as well as four sisters, Darlene Hincks, Margaret Will, Doreen Stuart, Donna Ofanky and their families. He was predeceased by his parents, Theodore and Elsie Resener as well as other extended family.Those wishing to pay their respects may do so starting one hour prior to the celebration of Raymond’s life which will be held at Cook Southland Funeral Chapel, 901 – 13 Street S.W., Medicine Hat on Tuesday, September 19, 2017, at 3:00 p.m. with Major Murray Jaster officiating. (Condolences may be expressed by visiting our website at www.cooksouthland.com) Honoured to serve the family is

One Condolence for “RAYMOND RESENER”