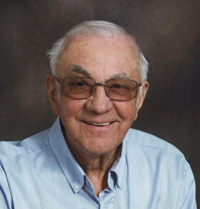 Isidore “Izzy” Paul Bonogofsky, beloved husband of Shirley Bonogofsky of Medicine Hat, passed away on Thursday, September 28th, 2017 at the age of 82 years. Izzy also leaves to cherish his memory his children, Jason (Darcy) Bonogofsky, Tracy (Ron) Perry, Natalie Doll, all of Medicine Hat, and Karen (Larry) Egan of Kelowna; nine grandchildren, Christopher Egan, Micheal Egan (Lucy Pete), John Egan, Colton Egan, Corey Perry (Ashlee Fehr), Kristin Perry (Brandon Hopper), Lance Doll (Megan Pierson), Brody Bonogofsky, and Hannah Bonogofsky; two brothers, Peter Bonogofsky, and Greg Bonogofsky; three sisters, Frances Wagner, Sally Wagner, and Elizabeth Sannes; two brothers-in-law, Mike Guckert and Tony Heck; two sisters-in-law, Marg Bonogofsky and Anne Bonogofsky; as well as numerous nieces and nephews. Izzy was predeceased by his parents, Isidore and Dorothy Bonogofsky; four brothers, Tony, Joe, Ole, and Zack Bonogofsky; five sisters, Agnes Heck, Mary Guckert, Barbara Bonogofsky, Christina Bonogofsky, and Anne Hagel; four brothers-in-law, Rem Wagner, Pete Hagel, Don Sannes, and Frank Wagner; and one sister-in-law, Betty Bonogofsky. Izzy was a generous and loving husband, father, grandfather, brother and uncle. He and Shirley recently celebrated their 59th anniversary on September 2nd, 2017. Family was everything to him. He always looked forward to family suppers on Sunday. He had strong opinions, but he would help out anyone, especially his family. He would feed his blue jays every day and banged on the windows to chase the cow birds away. Grandpa loved to watch sports, even to the point of offering the referee his glasses at his grandson’s hockey game. He was so good with numbers that he could add up any totals without a calculator. He always carried a pocket of change and whenever he was shopping, he stopped to give his granddaughter a toonie. Izzy met a lot of people through his employment with Pioneer Coop at Stewart Valley. He ran his own business with Bonogofsky’s Triple S Grocery Store. He also worked at Goodyear, OK Economy, ALCB, and, when semi-retired, at Medicine Hat Linen. Izzy will be lovingly remembered by his family and friends. Those wishing to pay their respects may do so at SAAMIS MEMORIAL FUNERAL CHAPEL, #1 Dunmore Road SE, on Thursday from 6:00 to 6:55 p.m. and at ST. PATRICK’S ROMAN CATHOLIC CHURCH, 238 – 2nd Avenue NE, on Friday from 12:00 to 12:55 p.m. Vigil Rites (Prayers) will be held at SAAMIS MEMORIAL FUNERAL CHAPEL on Thursday, October 5th, 2017 at 7:00 p.m. The Funeral Mass will be celebrated at ST. PATRICK’S ROMAN CATHOLIC CHURCH on Friday, October 6th, 2017 at 1:00 p.m. with Father Philip Le, Celebrant. Interment will take place in the Roman Catholic Section at Hillside Cemetery. Memorial gifts in Izzy’s memory may be made to the Canadian Diabetes Association, #102, 73 – 7th Street SE, Medicine Hat, Alberta, T1A 1J2, or to the Alberta Heart & Stroke Foundation, 340A Maple Avenue SE, Medicine Hat, Alberta, T1A 7L5. Condolences may be sent through www.saamis.com or to condolences@saamis.com subject heading Izzy Bonogofsky. Funeral arrangements are entrusted to