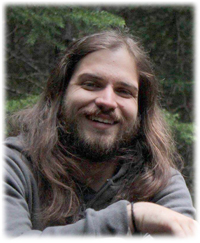 It is with heavy hearts that the family announce the sudden passing of Dylan James Beyak on Wednesday, October 25, 2017 at the age of 25 years. Dylan was born on January 20, 1992, in Kindersley, SK., where he spent the first years of his life on a farm near Major, SK., chasing birds and playing with the cows. When he was two, the family moved to Medicine Hat, where Dylan attended St. Thomas, St. Patrick’s and Crescent Heights High School. He was a gifted musician and from the time he picked up his first guitar he was hooked. Dylan loved music in all its forms and loved creating new music. He had a beautiful singing voice and was part of the Alberta Children’s Choir in 2002. Dylan’s love of music took him all over the world, from travelling to Europe in High School to Costa Rica and just his past summer to New Brunswick. When Dylan was playing at festivals he was in his happy place. More recently, he had branched into the visual arts with his music and created the most amazing light shows… he was truly gifted. Dylan had a huge presence and was the problem solver at festivals, the friend you could call on. He was an amazing big brother taking his younger brothers on an adventure to Victoria to see all his favorite places. Dylan was such a bright light in all of our lives and now forever shines in all of us. Dylan’s memory will be forever treasured in the hearts of his parents, Les and Annette; brothers, Michael and Tyson and an army of friends. He was predeceased by his grandfathers, Arthur Stang and Mervin Beyak; and cousin, Janea Sanetsky. Those wishing to pay their respects and a time of visitation will be at Cook Southland Funeral Chapel, 901 – 13 Street S.W., Medicine Hat, on Tuesday, October 31, 2017, from 7:00 p.m. to 8:00 p.m. The Funeral Service Celebrating Dylan’s life will be held at Cook Southland Funeral Chapel, on Wednesday, November 1, 2017, at 11:00 a.m., with the Interment to follow at Hillside Cemetery. If friends so desire, memorial donations in Dylan’s name may be made directly to the Canadian Mental Health Association, 204 – 1865 Dunmore Road S.E.,â€ˆMedicine Hat, AB., T1A 1Z8 (Condolences may be expressed by visiting our website at www.cooksouthland.com) Honoured to serve the family is