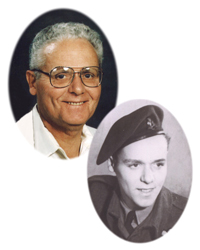 Thomas William “Bill” Burgess of Medicine Hat, beloved husband of the late Joyce Powel-Burgess, passed away on Sunday, November 26th, 2017 at the age of 93 years. Bill leaves his children, Thomas (Wendy), Michael (Dalyce), Debra (Robert), James (Nancy), and Alan; his brother, Frank; his sisters, Doris and Dorothy; as well as eight grandchildren and six great-grandchildren. Bill was predeceased by his parents, Thomas and Faye Burgess; his brothers, Ray and Roy; his sisters, Irene and Marjorie; and his wife, Joyce Powel-Burgess. A Private Family Graveside Service will take place at a later date. In lieu of flowers, memorial gifts in Bill’s memory may be made to the SPCA, 55 Southwest Drive SW, Medicine Hat, Alberta, T1A 8E8 or to the charity of one’s choice. Condolences may be sent through www.saamis.com or to condolences@saamis.com subject heading Bill Burgess. Funeral arrangements are entrusted to