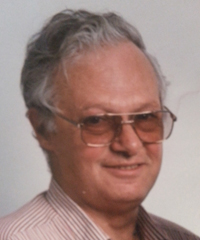 Terrance “Terry” Saundry Armstrong, beloved husband of 58 years to Marilyn Armstrong, peacefully passed away at the Medicine Hat Regional Hospital on Friday, December 29th, 2017 at the age of 79 years. He leaves to cherish his memories, daughters: Karen, Donna (Frank) Irving of Calgary, and grandchildren: Ian and Tina, and great grandson, Tyson; Judith (Winston) Shaw of Sherwood Park, and grandchildren: Samantha, Tanner and Taylor; Nancy (Shane) Dirk of Medicine Hat, grandchildren: Krystal and Theresa; son, Steven Armstrong of Medicine Hat, and grandchildren: Terrance and William Armstrong; his two brothers: Gary (Phyllis) Armstrong of B.C., and William Armstrong of ON; and many nieces and nephews. Terrance was predeceased by his parents, Annie and Wilbert; his in laws, Howard and Ella Mander; and one grandson, Jordan Shaw. Terrance was born on December 31st, 1937 in Peterborough, ON. He served in the Canadian Armed Forces Signals Corp (Communications and Electronics Branch) from 1958 to 1981, was stationed in: Petawawa, ON, the Congo, Germany, Penhold and Ralston, AB. Terrance worked at Canada Post for 16 years and retired in 1999. He loved: spending time with his grandchildren, animals, camping, fishing, movies and computers. Terrance was residing at South Country Nursing Home and the family wishes to thank the staff and his doctors for the care given to him. As per his request, there will be no formal funeral service. As an expression of sympathy, donations can be made to the charity of one’s choice. Condolences may be sent to www.saamis.com or to condolences@saamis.com subject heading Terrance Armstrong. Arrangements entrusted to