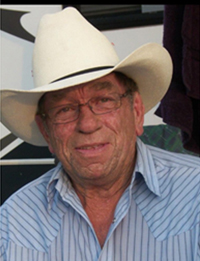 It is with heavy hearts that the family announce the passing of Lorne George Webster of Medicine Hat. Lorne passed peacefully at home with Gladys by his side on January 2nd, 2018 at the age of 70 years. Lorne was born on December 29th, 1947 in Medicine Hat but was proud to call Manyberries home. He leaves to cherish his beloved friend, Gladys Bohnet and his mother, Evelyne Webster. Lorne was predeceased by his father, George Webster. He is survived by his brother and sisters: Wayne Webster (Lynn), Betty Lynne Rath, Joanne Munsch, Richard (Karen) Webster and Jerry Webster (Diana); his children: Katherine Kindt (Jeremy McLean), Lorna Webster, Teresa Hansen and Shawn Bohnet (Coleen); and 13 grandchildren; his sisters and brothers in law: Gloria Boschee, Peggy Crouch, Phyllis (Marcel) Berube, Harold (Tana) Gertner, Marilyn Donaldson (Eric), Dale (Tammy) Gertner, and Doug (Shannon) Gertner; and numerous nieces and nephews. Lorne cherished his time when he was at home with family and friends. He enjoyed camping, playing his guitar, tinkering in his garage and yard, going to auction sales with his friends, garage sales with Gladys, and social gatherings (It’s 5 o’clock somewhere!). Lorne spent many years on the road and accumulated many miles across Canada and into the United States behind the wheel of one of his beloved semis. His passion and sacrifices were recognized with a Platinum Award in Recognition of achieving 1,000,000 miles of safe driving as a professional driver.

You carry a burden…a heavy load,

When you live so much of your life on the road.

When you spend so many days alone,

the link to your loved ones becomes the phone.

It’s over the wires that you learn to touch,

the ones who you love…who you miss so much.

And your little talks and the laughs you share,

have value to you beyond compare.

Still, the wheels that turn make a lonesome sound,

Till finally your truck is homeward bound!

Home where your hours will be spent.

Where “love” overshadows the trucker’s lament.

A celebration of Lorne’s life will be held on Saturday, January 6th, 2018 at 2:00 p.m. at the Royal Canadian Legion canteen room, 702 2nd Street SE. Donations in Lorne’s memory can be made to The Canadian Cancer Society. Condolences may be sent through www.saamis.com or to condolences@saamis.com subject heading Lorne Webster. Arrangements entrusted to