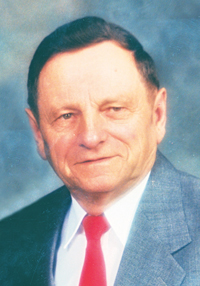 Peter Schafer, beloved husband of Julia for 62 years; passed away on Thursday, January 11, 2018 at the age of 85 years. Peter leaves to cherish his memory his children Dale (Marian) and their children Steven, Gillian (Nick) Petit, Lynsey and Justin; Sandra (Carl) Seitz and their children, Anali (Andy) Moon, Carlei, Tanner and Kadon; Wendy Mytton and her children David, Darcy (Joanna) and Danessa. Peter was extremely proud of his great grandchildren Leighton Moon and Avery Mytton. He is also survived by his two sisters Helen Zacher and Bertha Erickson; one sister-in-law and brother-in-law Italo & Rose Pisoni and brother-in-law Leo Volk; as well as numerous nieces and nephews.

Peter was predeceased by his parents John and Helen; his brother Adam, four brother-in-laws, two sister-in-laws and one son-in-law.

Peter was born in Schuler in 1932. He moved to Medicine Hat in 1939 with his family and then back to the farm at Schuler in 1942. He moved for the last time to Medicine Hat in 1977, but continued farming and has always had a great love of the land. He married Julia in 1955 where they started their lives together in Schuler. He worked as a custodian in Schuler School from 1965 – 1977 as well as farming and then briefly at schools in Medicine Hat. He was well respected by students and staff. Peter retired in 1989.

Peter and Julia enjoyed the Tiger Hockey games for many years as well as gardening, fishing, bowling, curling, traveling and puzzles. They enjoyed travel to Phoenix, Nashville, Branson, Hawaii, the Maritimes, Reno, Disneyland and Vancouver Expo. Peter was very personable and loved to be around family.

Peter will be greatly missed by everyone who knew him and especially by his wife, children, grandchildren and great grandchildren. He always had a twinkle in his eye and a kind word for everyone.

Thank you to Dr. Bratvold who cared for Dad for many years.

Funeral Mass will be held on Wednesday 11:00 at Holy Family Church, Prayers at Pattison Funeral Home on Tuesday at 7:00. If friends so desire, memorial donations in Peter’s name may be made directly to the Canadian Diabetes Association, 102 – 73 7th St SE, Medicine Hat, AB, T1A 1J2