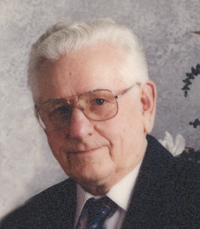 It is with great sadness that the family of Arthur “Art” Roth, beloved husband of the late Hedwig “Heddy” Roth, announce his passing on Wednesday, January 10th, 2018 at the age of 92 years. Art was born in Burstall, Saskatchewan to a farming family of 4 brothers and 4 sisters. He married Heddy in 1947 and they moved to Hanna, Alberta to farm. They returned to Medicine Hat and Art went into the construction business working with his father-in-law, Bob Preuss. He returned to his farming roots for a time before entering real estate until his retirement. Upon retirement he and Heddy enjoyed travelling and spending time with their family, friends and grandchildren. He is survived by his two sons, Glen (Kathy) Roth and Allan (Cathy) Roth; four grandchildren, Tyler (Kirstyn), Justin, Sherrie (Josh) and Kayla (Mike); five great-grandchildren, McKenzie, Tatum, Michael, Haven and Braxton; two sisters, Mabel Pfahl and Lillian Grusie; two half-brothers, Manny Roth and Lee Roth; and brother-in-law, Edgar Hofer; as well as numerous nieces and nephews. Art was predeceased by his wife, Heddy; his parents, Jacob and Emma Roth; Jacob’s second wife, Christina Roth; two sisters, Irene Job and Rose Grusie; one brother, Oscar Roth; one half brother, Harry Roth; and sister-in-law, Olga Hofer. The family would like to thank the Good Samaritan Society for their wonderful care and kindness shown to Art. A Private Family Time of Remembrance will be held at a later date. Memorial gifts in Art’s memory may be made to the S.P.C.A., 55 Southview Drive SW, Medicine Hat, Alberta, T1A 8E8 or to the Canadian Diabetes Association, 220, 6223 – 2nd Street SE, Calgary, Alberta, T2H 1J5. Condolences may be sent through www.saamis.com or to condolences@saamis.com subject heading Art Roth. Funeral arrangements are entrusted to