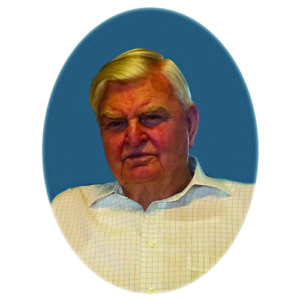 Alistair MacArthur, beloved husband of Eleanor, passed away on Monday, January 15th, 2018 at the age of 88 years. Alistair leaves to cherish his memory his children, Jim (Patricia) and Allyson; one grandchild, Brooks; sister, Jean “Peggy” (Bill) Taylor; sister-in-law, Marcy (Len) Forbes; four nephews, and one niece. Alistair was predeceased by his parents, James and Mabel; one brother, Hugh; and in-laws, Richard and Cora Hansen. Alistair was born on April 10th, 1929 in Medicine Hat and started school in Walsh in 1936 and completed high school in Irvine. He then went on to Olds School of Agriculture returning home to ranch. On November 8th, 1958, Alistair married Eleanor Hansen and they lived on the MacDonald place north of Walsh. He was involved with the Walsh Cattle Marketing Association and, along with his partners, built Hat Livestock Auction in 1969 in Medicine Hat and sold the business in 1977. He served as Vice-Chairman of the Alberta Cattle Commission in the late seventies and early eighties. Eleanor and Alistair continued to live at the MacDonald place until selling it to the Hargraves in February 1989. They then purchased a ranch northeast of Sceptre, Saskatchewan and enjoyed their time there making many new friends in the community. Eleanor and Alistair sold their Sceptre ranch and retired to Medicine Hat. Alistair will be lovingly remembered and deeply missed by his family and friends. A Private Interment will take place at Hillside Cemetery. The Funeral Service will be held at ST. JOHN’S PRESBYTERIAN CHURCH, 504 – 2nd Street SE, on Friday, January 19th, 2017 at 1:30 p.m. with Reverend Jeff Lackie officiating. Memorial gifts in Alistair’s memory may be made to the Alberta Heart & Stroke Foundation, 340D Maple Avenue SE, Medicine Hat, Alberta, T1A 7L5, or to the charity of one’s choice. Condolences may be sent through www.saamis.com or to condolences@saamis.com subject heading Alistair MacArthur. Funeral arrangements are entrusted to