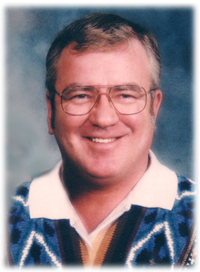 Mr. James Garth Hayward passed away at River Ridge Senior’s Village, Medicine Hat on Wednesday, February 7, 2018, at the age of 72 years. He will be remembered with love by Mary Anne Hayward (nee Townsend), his wife of 52 years; their daughters, Janâ€ˆWohlers, Cathy Shapley (Loren Lang) and Leana (Faron) Forsyth; grandsons, Kelson, Brendan, Wade (Sonja), Troy (Jaylinn), Chad (Tianna), Landis, Tyler and Shea (Chris); great-grandchildren, Ayla, Quinton and Sadie as well as his in-laws, nieces and nephews. Jim is also survived with fond memories and love by many cousins and long time friends. He was predeceased by his parents, Cliff and Marg Hayward; half brother, Laurie; half sister, Gloria (Bubs), plus many special aunts, uncles and cousins. Jim was born on December 23, 1945, in Medicine Hat to Cliff and Marg Hayward. He grew up in a multi-generational home surrounded by aunts, uncles and cousins. Jim joined the SALH reserves when he was 15 years old. At the age of 16 and with his parents permission, he signed up for the Canadian Armed Forces apprentice training program. Jim and Mary Anne grew up together in the same neighbourhood and on August 27, 1966, were married. Over the next three years they had their three girls. Jim served in many different positions while in the military, achieving the rank of Warrant Officer. His final posting was back to Medicine Hat with the SALH. Jim retired from the regular forces in 1988 with 25 years of service and continued with the reserves until 1991. Following his retirement from the regular forces, Jim worked as the secretary at Westminster United Church, where he was able to use the skills he had obtained as an administrative clerk plus his knowledge from his Certificate of Theology that he earned doing courses through St. Stephen’s Theological College in Edmonton. Jim’s health deteriorated in the early 2000’s and in November 2005, he moved to River Ridge Senior’s Village where he remained until his passing. The family will forever be thankful for the wonderful care that Jim received. The Funeral Service will be held at Westminster United Church, 101 – 6 Street S.E., Medicine Hat, on Saturday, February 17, 2018, at 2:00 p.m. with Rev. Jan Stevenson officiating. A time of visitation will take place at Cook Southland Funeral Chapel, 901 – 13 Street S.W., Medicine Hat on Saturday, February 17, 2018, from 12:00 p.m. to 12:50 p.m. with the interment service following at Hillside Cemetery beginning at 1:00 p.m. Memorial donations in Jim’s name may be made to the charity of one’s choice. (Condolences may be expressed by visiting our website at www.cooksouthland.com) Honoured to serve the family is