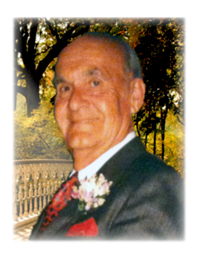 Mr. Donald R. Pound, beloved husband of the late Mrs. Marie Pound, passed away at the Riverview Care Centre in Medicine Hat on Friday, March 9, 2018, at the age of 91 years. Don leaves to cherish his memory two children and their families: daughter, Sheila Kosolofski (Ken McDonell) of Medicine Hat and her son, Jarod Kosolofski; son, David Pound and his daughter, Marcia Pound; two sisters-in-law, Phyllis Pound and her sons, Ted and Jim Pound as well as Eileen Telford and her daughter, Carmen. Donald was born in Atlee, AB., on May 30, 1926, to proud parents, Edwin and Leone Pound. Following High School, Don furthered his studies at Calgary Normal School and taught for a short time thereafter in the Sullivan Lake District, north of Hanna. Once back in the Hat, Don taught at Alexandra Junior High, then transferred to Elm Street School as Vice Principal which led to taking the position of Principal at Riverside School. When Crestwood School opened in 1961, Don became its first principal, enjoying the next 23 years there until his retirement. His commitment to the profession was evident through his seventeen years of summer school in earning his B of Ed. Degree and graduate diplomas in administration. Don held positions on the ATA Executive and served a term as President of Local No. 1. He always maintained a good relationship with his staff and students alike, and his memory will live on in the hearts and minds of all those who shared in his life. Those wishing to pay their respects may do so starting one hour prior to the Celebration of Don’s life which will be held at Cook Southland Funeral Chapel, 901 – 13 Street S.W., Medicine Hat on Wednesday, March 14, 2018, at 2:00 p.m. with Life Celebrant Gerry Getz officiating. Private Interment will follow with a time of fellowship thereafter in the Cook Southland Reception Facility. (Condolences may be expressed by visiting our website at www.cooksouthland.com) In lieu of flowers and donations, family express their sincere appreciation for the many kindnesses they have received through both thought and deed. Honoured to serve the family is