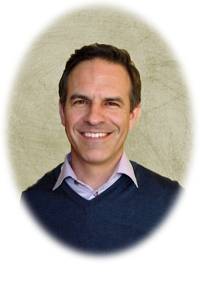 Michael Joseph Dolan, beloved father of Emma, Rachel and Matthew, (mother of his children Andrea Robbenhaar) of Medicine Hat, passed away on Monday, April 9, 2018 at the age of 49 years. Michael also leaves to cherish his memory his father, Vincent; his mother, Helga (nee Steinmetz); his brother, David, (fiancé Michelle Wilde); his sisters, Katherine, Caroline (Darren) Pearson, and Heather (David) Murphy; and his extended family and close circle of friends.

Vigil Rites (Prayers) will be held at SAAMIS MEMORIAL FUNERAL CHAPEL, #1 Dunmore Road SE, on Friday, April 13, 2018 at 7:00 p.m. The Funeral Mass will be celebrated at ST. PATRICK’S ROMAN CATHOLIC CHURCH, 238 – 2 Avenue NE, on Saturday, April 14, 2018 at 2:00 p.m. with Father Tomy Manjaly, Celebrant and Father John L. Maes, Co-Celebrant. A Private Family Interment will take place on Sunday, April 15, 2018. In lieu of flowers, memorial gifts in Michael’s memory may be made to The Canadian Cancer Society at www.cancer.ca. Condolences may be sent through www.saamis.com or to condolences@saamis.com, subject heading Michael Dolan. Funeral arrangements are entrusted to