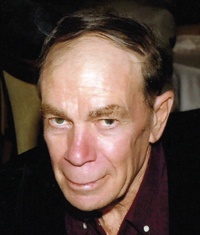 Garnet McKenzie passed away peacefully at the Medicine Hat Regional Hospital on May 30, 2018 just one week short of his 74th birthday. Left to cherish his memory are his wife of 46 years, Betty McKenzie; his sons, Kevin McKenzie and Vince (Jenn) McKenzie; his grandchildren Alyssa, Aaron, Myah and Eryk McKenzie; his sister-in-law, Susan McKenzie; his mother-in-law, Breketa Mardian; his sister-in-law, Rose May (Ken); his brother-in-law, Ken (Rita) Mardian; and his sister-in-law, Julie Ligard (Andy); as well as numerous cousins, nephews and nieces. He was predeceased by his parents, Donald and Clara McKenzie; his brother, Lewis McKenzie; and his father-in-law, Phillip Mardian. Garnet was born on June 5, 1944 in Baldur, Manitoba. He met Betty Mardian in 1970 and they were married March 11, 1972 in Medicine Hat where they made their home. Garnet attended STI in Moose Jaw, Saskatchewan and became a Journeyman Carpenter in 1968. He built their family home with his own hands and in 1973 they moved in. Garnet began his carpentry career at Century Homes and then joined his friends, Clarence and Ron Schweigert, to form M2S Enterprises. They built homes in Medicine Hat from 1973-1983. He also built homes for Paradon Construction and eventually moved to Wahl Construction in 1996 where he remained until his retirement in 2010. Garnet was a member of the Moose for over 20 years, an Amateur Radio Operator for over 40 years, involved in the Redcliff CB Radio Club, Gas City Radio Club, member of Crestwood Pool and Parkinson’s Group. He was an avid fisherman, camper, crib player and computer geek. He loved his grandchildren very much and taught them many things…how to fish, how to gopher hunt and how to drive to name a few. Even though Garnet was starting to slow down because of his Parkinson’s, he remained active right up to the end attending Aquafit each morning and then meeting Charlie and the boys for a coffee and a mall walk. He will be missed dearly and remembered as a kind and gentle spirit who always had time for family and friends. The Funeral Service will be held at CROSSROADS CHURCH, 1340 – 22nd Street SE, on Saturday, June 2, 2018 at 1:00 p.m. with Pastor Dave Cartwright officiating. Interment will follow at Hillside Cemetery. In Garnet’s memory donations of sympathy may be made to the Parkinson’s Society of Canada, 4211 Yonge Street, Suite 316 Toronto, Ontario, M2P 2A9, for research. Condolences may be sent through www.saamis.com or to condolences@saamis.com subject heading Garnet McKenzie. Funeral arrangements are entrusted to