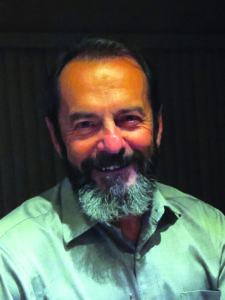 It is with heavy hearts that we announce the sudden passing of Harvey James Berger on Sunday, June 3rd, 2018 at the age of 64. Harvey was born in Medicine Hat on October 2nd, 1953, the eldest of five children, to Harold and Agatha Berger. He was raised and educated in Medicine Hat where he attended Elm Street, Alexandra and Medicine Hat High School. After he earned his Political Science degree at the University of Alberta in 1975 he left the country to travel. He returned to Medicine Hat where he met and started to date Kathy Treen in 1977. With encouragement from Kathy they moved to Calgary to pursue Harvey’s dream of becoming a lawyer. He graduated with a Bachelor of Law degree from the University of Calgary in 1983 and formed many lasting friendships. Harvey moved back to Medicine Hat to article at Biddell Fisher Link and was called to the bar in 1984. Not someone to rush into anything, Harvey married Kathy on June 21st, 1986 after being together 9 years. Their first child, Kristine, was born in 1987 followed by Brett in 1990, completing their loving family. Harvey was always very proud of his children, instilling in them the hard work ethic that he learned from his parents, and would brag about them at every opportunity. He became a name partner at Sihvon Carter Fisher Berger in 1990 and helped build their new office in 1993, which later became Courtyard Law Centre. Harvey was overjoyed with the birth of his grandson, Jayden in February and took every opportunity to spend time with him. Harvey was an avid Tigers hockey fan, having season tickets for over 20 years. Fitness and healthy lifestyle were important to Harvey; he enjoyed cycling, hiking, skiing and being outdoors. Harvey was an active member of the community as a board member for the Friends of the Library Film Board and Parks Advisory Committee as well as volunteering for various events. He felt fortunate to have travelled many different places in the world with his loving wife and close friends. Harvey had a thirst for knowledge, was an avid reader and always on the forefront of new technology.

The celebration of life will be held at SAAMIS MEMORIAL FUNERAL CHAPEL, #1 Dunmore Road SE, on Friday, June 8th, 2018 at 2:00 p.m. with Gary W. Goran officiating. At Harvey’s request, please refrain from wearing black. A private family interment will take place. Memorial gifts in Harvey’s memory may be made to a charity of your choice. Condolences may be sent through www.saamis.com or to condolences@saamis.com subject heading Harvey Berger. Funeral arrangements are entrusted to