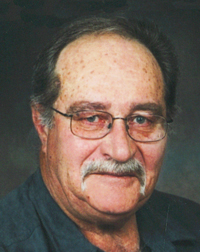 With his family by his side, Ken Kanewischer passed away on Friday, June 8, 2018 at St. Joseph’s Home, at the age of 70 years old. Ken is survived by his loving wife, Shirley; and their daughter, Krystal Guevara (Javier, and children: Natalia and Dominik); their son, Korey Kanewischer; his sister, Adrienne Clements (Rob, and daughters: Brandy and Leigh); brother/sister-in law, Bill and Doreen Miskiw (children: Kelly, Rob and Anita); as well as his great nieces and nephews, and many extended family members. Ken was predeceased by his parents, Bill and Hilda; and his parents in-law, John and Nancy Miskiw. Ken was born on July 4, 1947 and attended Schuler School, graduating in 1965. His first job after helping on the family farm was at Maple Leaf Mills before he began his first career as a Steam Engineer at the Medicine Hat Power Plant. In 1972, he bought some farmland and was into farming again. On May 5, 1979 Ken and Shirley were married and blessed with the ideal family: Krystal in 1981 and Korey in 1984. After 14 years with the City of Medicine Hat he began farming full time again. In 1984 he worked briefly at the Sugar Beet Factory for 5 months and in 1988 at Mickey’s Transfer. Ken retired from working in 2012 but continued with running the farm. Ken’s hobbies and fun activities included curling, working on cars, and dabbling in the kitchen. He loved to get together with family and friends to share memories and tell stories. Ken had a passion for the country life and the beauty of nature. He had many animals over the years at the farm that he lovingly took care of. He was always there to lend a hand to anyone who needed it and he was a father figure to many. Ken was a loving Husband, Dad and Grandpa, with a heart of gold, who will be greatly missed. The Funeral Service will be held at SAAMIS MEMORIAL FUNERAL CHAPEL, #1 Dunmore Road SE, on Saturday, June 16, 2018 at 2:00 p.m. with Gary W. Goran officiating. Expressions of sympathy can be extended by donations to Carmel Hospice c/o St. Joseph’s Home, 156 – 3rd Street NE, Medicine Hat, Alberta, T1A 5M1 or to the Canadian Cancer Society, 325 Manning Road NE, Calgary, Alberta, T2E 2P5. Condolences may be sent through www.saamis.com or to condolences@saamis.com subject heading Ken Kanewischer. Funeral arrangements are entrusted to

Leave a Condolence for Charlene Syverson