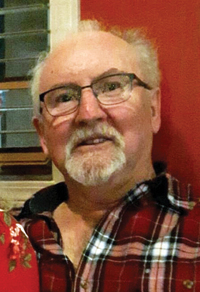 Kenneth “Ken” Joseph Walsh, beloved husband of Monica Walsh of Medicine Hat, passed away on Saturday, June 16th, 2018 at the age of 64 years. Ken also leaves to cherish his memory two daughters, Rolanda Walsh and Kim (Katie) Walsh; one grandchild, London Walsh; six siblings, Joseph (Sally), Kevin, Carol Ann (Neil) Kelly, Brian, Linda (Edwin) Burbidge, and Gary; as well as numerous nieces and nephews and great nieces and nephews. Ken was predeceased by his parents, Joseph and Mary; and one brother Dominic. Ken was born in Marystown, Newfoundland, where he was raised and educated. He married Monica Dollimont on July 29th, 1977 in St. Alban’s, Newfoundland, and they moved to Medicine Hat where Ken worked at Canadian Fertilizers for 41 years. Ken enjoyed golfing at the Medicine Hat Golf Club with Pete Pickett and his buddies, vacationing to Boston and Newfoundland in the summers, and spending time with his daughters and granddaughter in Calgary. He will be greatly missed by his family and friends. Vigil Rites (Prayers) will be held at SAAMIS MEMORIAL FUNERAL CHAPEL, #1 Dunmore Road SE, on Thursday, June 21st, 2018 at 7:00 p.m. The Funeral Mass will be celebrated at ST. PATRICK’S ROMAN CATHOLIC CHURCH, 238 – 2nd Avenue NE, on Friday, June 22nd, 2018 at 1:00 p.m. with Father Tomy Manjaly, Celebrant. A Private Interment will take place at Hillside Cemetery. Memorial gifts in Ken’s memory may be made to the Canadian Mental Health Association, 204 – 1865 Dunmore Road SE, Medicine Hat, Alberta, T1A 1Z8. Condolences may be sent through www.saamis.com or to condolences@saamis.com subject heading Ken Walsh. Funeral arrangements are entrusted to