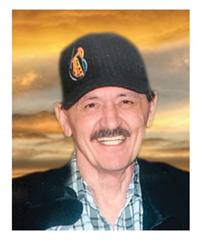 Randy Lee Christman, passed away peacefully in Medicine Hat on Friday, July 13, 2018, at the age of 61 years. He is survived by his mother, Viola Christman; children, Cody (Chelsea) Christman, Justin Christman, Chantal Christman (Craig Ryckman), Lucus Christman (Tegan Deschner) and their mother, Donna Christman; grandchildren, Rachel, Rylee, Deegan, Cooper, and Coen; siblings, Betty Robson, Gerald (Cheryl) Christman, Larry (Gerri) Christman, Dale (Lois) Christman, Doug (Kelly) Christman as well as many nieces and nephews. Randy was predeceased by his father, Albert Christman; brother, Brian Christman and brother-in-law, Rick Robson. Randy was born and raised in Bassano into a ranching family. Throughout his life, Randy held careers in farming and ranching, lastly owning and operating his own oilfield company. Randy will be remembered for doing things his own way and for his love of family and friends. The family would like to welcome everyone to a Celebration of Randy’s life which will be held at Whiskey Creek Pub, 937 – 13 Street S.W., Medicine Hat on Thursday, July 19, 2018, at 2:00 p.m. (Condolences may be expressed by visiting our website at www.cooksouthland.com) Honoured to serve the family is

One Condolence for “RANDY LEE CHRISTMAN”