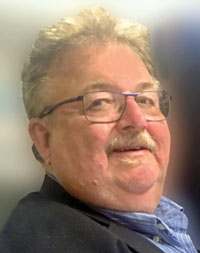 It is with great sorrow we announce the tragic death of LOREN HARVEY SEITZ on July 17, 2018 of Langdon, Alberta at the young age of 59. Loren was the beloved husband of 32 years to Theresa Seitz, and loving father to Jessica Seitz of McLennan, and JC Seitz (Jessie) of Langdon. Loren (Grandpa) will be dearly missed by his two adoring grandchildren Sloane and Christian of Langdon. Lovingly remembered by his parents Lorna and Harvey Seitz of Medicine Hat, his brother Corey Seitz (Janice) of Medicine Hat, sister Marcy Cundy (Tim) of Airdrie, mother-in-law, Alexandria Lemire (Toronto), Debbie Lemire (Ron) of Mississauga, Brenda Norfolk (Claude) of Toronto, James Lemire (Sarnia). Favourite uncle to Jason (Amanda), Christopher (Amy) and Alexis Regimbal, Cameron Norfolk, Tanner Lemire, Carmen Cundy, Karissa Noble (Beau), Brittany Cockerill (Shayne), and great-nephew Nash. Loren was born and raised in Medicine Hat, with a strong Christian faith and supportive family. He travelled to Haiti on a 10 day mission with OMS International where Little Plume Church supported this mission. He was compassionate for the less fortunate. He attended Briercrest Bible College in Caronport and was a member of the 4H program and loved riding and racing horses. 4H also established his strong public speaking skills and love of the agricultural industry. He took his role as older brother seriously, where he defended and supported Corey and Marcy. After high school, he became an auctioneer and moved to Calgary in 1980 where he met the love of his life, Theresa and started a family 1986. Loren’s career in the agricultural industry brought them to Peace River in 2013 where he started a career with Cargill Canada, moving back to Langdon in 2017. Loren was thrilled to work for Cargill and thoroughly enjoyed his first foray working in a corporate culture. Loren loved the challenge and enjoyed his customers, developing strong and lasting partnerships with farmers and industry professionals. More importantly he felt customers were also his friends. Loren was thrilled to earn his spot in Cargill’s Presidents Club in 2015. There are many in the Cargill community who will deeply miss Loren. Nothing gave Loren more pleasure than to see his children on the ice when they were younger- JC in hockey and Jessica in figure skating. Loren was very proud of their sports accomplishments as well as personal and professional achievements. He was not only a father but a mentor. Loren was an avid hunter and loved the father/son weekends that included hunting, telling stories and sausage making. He enjoyed gardening with Jessica and making their yard ‘park beautiful’. Known for his redneck sense of humour and quick with a joke, Loren made friends wherever he went. There was nothing he liked better than an interesting conversation and could find something in common with anyone. Anyone who knew Loren, knew he was a sports nut. Starting at an early age, Loren’s pride for his Grandpa Gehring’s baseball career encouraged his love of the sport. He was big fan of the Toronto Blue Jays and Toronto Maple Leafs, always watching, waiting and wishing for a championship. Loren had a love of travel and recently completed some of his bucket list items. One highlight included his fishing trip to celebrate his father Harvey’s 75th birthday with his brother Corey and cousin Harry to B.C. where they caught Tyee. Loren hooked it, Corey fought it, and Harvey brought it in. He recently travelled to Germany, Czech Republic, Austria, Slovakia and Hungary on a Danube River cruise. He particularly enjoyed the motherland Germany, enjoying the tastes, sights and sounds in Berlin and toasting his uncle in his hometown of Regensburg. Taken too young, Loren had many plans for the future that included travel, family and friends. He would have loved if in lieu of flowers you could complete some of your own bucket list items surrounded by your loved ones, family and friends. And make a toast to enduring friendships, lifelong and beyond. Loren would want this for you. “…not bad for an old guy….” A Celebration of Loren’s Life will be held in the Prairie View Chapel of Mountain View Funeral Home (1605 100 Street SE, Calgary) on Saturday, July 21, 2018 at 2:00 p.m. To express condolences, please visit: www.mountainviewmemorial.ca.