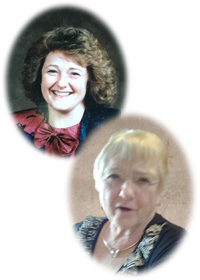 It is with profound sadness that we announce the passing of Carol Marlene Herter, beloved wife of Clarence Herter, on Saturday, July 28th, 2018 at the age of 72 years. Carol’s life began in 1946 on a farm south of Seven Persons. As a young child, Carol moved into Medicine Hat where she was raised and educated. On completion of her high schooling she began employment with the Alberta Treasury Branch for 34 years in Medicine Hat. In 1966 Carol married Clarence and again moved back to the farm life where she enjoyed raising cattle, driving tractor and hauling grain. Carol continued the farming life in the Seven Persons and later in Manyberries areas while still employed at the Treasury Branch. During the last 20 years, Carol and her husband of 52 years spent the winters vacationing across the southern United States, Mexico and South America. Mexico was her favorite destination. Carol is survived by her husband, Clarence; one sister, Elaine Romeike; as well as numerous nieces and nephews. She was predeceased by her parents, Otto and Carrie Romeike; one brother, Donald Romeike; and one sister, Margaret Neufeldt. The Funeral Service will be held at ST. PAUL LUTHERAN CHURCH, 515 Sprague Way SE, on Saturday, August 4th, 2018 at 2:00 p.m. with Pastor Ken Edel officiating. In lieu of flowers, memorial gifts in Carol’s memory may be made to the Alberta Heart & Stroke Foundation, 340A Maple Avenue SE, Medicine Hat, Alberta, T1A 7L5 or to the Canadian Cancer Society, 325 Manning Road NE, Calgary, Alberta, T2E 2P5. Condolences may be sent through www.saamis.com or to condolences@saamis.com subject heading Carol Herter. Funeral arrangements are entrusted to