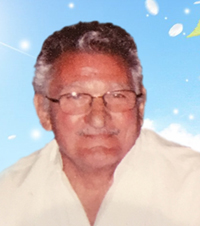 It is with heavy hearts that the family of Albert Gerald Pudwell, announce his passing at the Medicine Hat Regional Hospital on Monday, July 30, 2018, at the age of 75 years. Albert was born on October 31, 1942, near Hilda where he went to school and was raised. The family moved to Calgary in 1958 where Albert married the mother of his five children, Evelyn in 1960. He worked at a meat packing plant before changing careers and becoming an insulator until retiring in 2010. Albert was happy to move back to Medicine Hat where he met Gail McLaren, a lady he dearly cherished. Their time together was short but precious. His children and grandchildren were his world and he will be sadly missed by all. Albert’s memory will be treasured in the hearts of his fiancé, Gail; children, Debbie (Wayne) Fequet, Karen (Paul) Leach, Danny Pudwell, Dineen Pudwell, Craig (Justina) Pudwell; 15 grandchildren, 10 great-grandchildren and his brother, Wilfred (Kathy) Pudwell. He was predeceased by his mother, Eva Pudwell (1990); father, Jack Pudwell (2005); sister, Darlene Pledge (1978); grandson, Taylor Pudwell (1994); and daughter-in-law, Delores Blake (2018). A Celebration of Albert’s life will be held at Cook Southland Funeral Chapel, 901 – 13 Street S.W., Medicine Hat, Alberta, on Saturday, August 4, 2018, at 1:00 p.m. with Diaconal Minister Lila de Waal officiating. A time of fellowship will follow thereafter in the Cook Southland Reception Facility. If friends so desire, memorial tributes in Albert’s name may be made directly to a charity of one’s own choice. (Condolences may be expressed by visiting our website at www.cooksouthland.com) Honoured to serve the family is