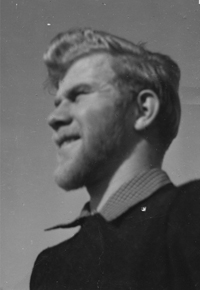 It is with much sadness that the family of William ‘Bill’ Frank Marsh, beloved husband of Valerie, announce his sudden passing in his Heritage Heights residence at South Country Village in Medicine Hat on Friday, July 20, 2018, at the age of 80 years. Along with Valerie, Bill leaves to cherish his memory: daughters, Kathy (Mike) Babineau and their children, Lynley, Stephanie and Ryan; Debbie and her children, Nick and Nickole; son, Greg (Kathy) Marsh; brother, Jack; sister, Jean as well as several step-siblings and many life long friends. Bill was predeceased by his parents, Ruth and Dean as well as his sister, Marlene. Bill was born on August 6, 1937, in Medicine Hat. This is also where he was raised and received his education. He worked for a period of time with CP Rail prior to gaining employment with the City of Medicine Hat at the Power Plant. Bill retired at the age of 55, enjoying golfing, curling and traveling the world with his wife. The Funeral Mass will be celebrated at St. Patrick’s Roman Catholic Church, 238 – 2 Avenue N.E., Medicine Hat on Friday, August 10, 2018, at 10:00 a.m. with Father Tomy Manjaly celebrant. Interment will follow at Hillside Cemetery. Memorial donations in Bill’s name may be made directly to the Multiple Sclerosis Society, 101 – 1201 Kingsway Avenue S.E., Medicine Hat, Alberta, T1A 2S6. (Condolences may be expressed by visiting www.cooksouthland.com) Honoured to serve the family is