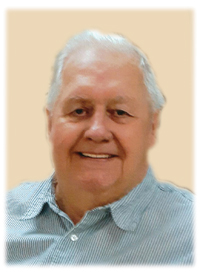 Gilbert Charles Austin passed away at the Good Samaritan Society on Wednesday, August 15, 2018, at the age of 85 years. Gil’s memory will be cherished by his wife, Evelyn Austin; his children, Jim Austin, Wendy (Dennis) Heidinger, Terry Austin, Randy (Dee) Austin, all of Medicine Hat; his 11 grandchildren, Samantha (Marcy) Austin, Charlotte Austin, Ashley Austin, Justin Heidinger, Crystal (Kelly) Stoyke, Jeff (Laura) Beisel, Chelsea Austin, Justin Austin, Chris Lowe, Amber Lowe, Anna Austin and 14 great-grandchildren. Gil is also survived by his sisters, Jean Schmidt, Dot Austin; sisters-in-law, Helen Austin, Marlys Austin and Darlene Austin. He was predeceased by his parents, Aurthur and Lillian Austin; sister, Beatrice Hoehn; brothers, Ron, Lloyd, Glenn; brothers-in-law, Elmer Hoehn, Ben Schmidt, Martin Pashenek and son-in-law, Rick Beisel. Gil was born on a farm near Bateman, SK. He was one of seven children and left home at the age of 17 to work on a farm in Trochu, AB. At the age of 19, Gil moved to Calgary doing odd jobs until he discovered his passion for truck driving. He met his wife, Evelyn and they were married in 1956. Together they lived in Calgary until 1963 before moving to Swift Current to raise their family. Gil continued driving truck for Sams Trucking until 1973, when he became the lessee of Husky Car/Truck Stop. He ran the Husky until 1975 before becoming the manager of the Eagles Club and started Austin’s Courier. In 1977 he returned as the lessee for Husky and operated it until 1984 before moving to Medicine Hat. After trying his hand at various businesses (C-Store, a second hand store, Irvine Petro-Can Truck Stop, apartment owner, and caretaker of Parkside Senior Home) until he totally retired in 1999. Gil moved to the Teoda Lodge, independent living in 2015 and in 2018 he moved to the Good Samaritan’s under full time care, until his passing. A Celebration of Gil’s life will be held at Cook Southland Funeral Chapel, 901 – 13 Street S.W., Medicine Hat on Friday, August 17, 2018, at 2:00 p.m. with Life Celebrant Gerry Getz officiating. (Condolences may be expressed by visiting our website at www.cooksouthland.com). If friends so desire, memorial donations may be made in Gilbert’s name directly to the Canadian Cancer Society, 200 – 325 Manning Road N.E., Calgary, Alberta T2E 2P5 or to the Kidney Foundation of Canada, 6007 – 1A Street S.W., Calgary, Alberta T2H 0G5. Honoured to serve the family is