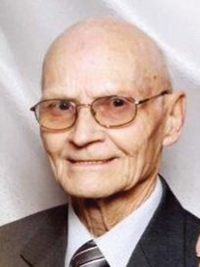 Ellis was a retired school teacher, he taught in various locations in rural Saskatchewan for almost forty years. His profession enriched the lives of many students. Ellis and Lorraine moved to Chitek Lake after retirement, then to North Battleford, and eventually to Saskatoon. Chitek Lake became a summer home for Ellis and Lorraine. Ellis was an avid gardener and fisherman. He enjoyed being with his family and visiting with friends.

The Funeral Service will be held on Saturday, October 20, 2018 at 1:00 pm at the Acadia-McKague’s Funeral Centre (915 Acadia Drive, Saskatoon, Saskatchewan).

Private interment to be held at a later date.

One Condolence for “ELLIS CARL KNUTSON”

Leave a Condolence for Delores Perlinger