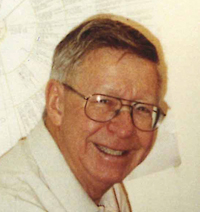 Frederick John Mellen, passed away in Bow Island on Friday, October 26, 2018 at the age of 86 years with his dear partner Lou Beard, by his side.

The Funeral Service will be held at St. Andrew’s United Church, 139 – 2 Avenue West, Bow Island on Friday, November 2, 2018 at 11:00 A.M. Condolences may be forwarded by visiting our website at www.southlandfuneral.com.

Fred will be lovingly remembered by his children Michelle “Mickey” (Kelly) Kimura of Coaldale and Shaun (Margaret) Mellen of Edmonton. Grandpa Fred will be forever missed by his grandchildren and great grandchildren Spencer (Sarah) White of Barnwell and their family Jackalyn and Freddy; Tyler (Mercedes) White of Taber and their family Gallifrey and Amelia; Ariel White of Summerland, British Columbia; Jessica (Russell) Bridgeman of Fort McMurray and their family Bryn, Bentley and Brooks; Amie (Brad) Dieno of Edmonton and their family Kylie and Kacey; Angie Mellen of Saskatoon; Christie, Brandon and Kaylie Mellen of Edmonton. Fred will also be remembered with love and fondness by his sister Helene Taylor of Calgary, brother-in-law Jack Mitchell of Orleans, Ontario and numerous nieces and nephews.

Fred was born in Redcliff, but spent the first fourteen years of his life in the Village of Tilley where his parents operated a grocery store, Mellen’s Grocery.

In 1946, Fred moved to Bow Island with his parents where again, they operated a grocery store for many years. During his teenage years, he got into all sorts of hijinks. He also concluded that high school did not agree with him much, and dropped out in Grade eleven. It was interfering with his ability to play and organize baseball and hockey games. It was during this time that he met and started dating Dolly Annon, the smartest decision he ever made.

Fred and Dolly were married in 1956 and remained happily married until Dolly passed away in 2011. They loved to dance especially to swing music from the Big Band era.

In 1950, Fred began working in Grantham with the Prairie Farm Rehabilitation Administration (PFRA), a job which he held for a couple of years. He did survey work as a rodman. He would later work for the PFRA while stationed in Vauxhall. In 1954, he was hired by Alberta Agriculture (Irrigation Division) and moved back to Bow Island. He initially worked as an instrument man and draftsman. From 1966 to 1968, Fred attended the Irrigation Technology program at Olds College. In 1975, Fred was promoted to the position of Technologist 4, the only person at this level in Alberta Agriculture. Fred continued to work with the Irrigation Division until his retirement in early 1988.

In the early 1980s, Fred successfully completed the Economic Development Programme at the University of Waterloo. Then, from 1988 to approximately 2001, Fred worked part time as the Economic Development Officer for the Town of Bow Island. He was heavily involved in encouraging businesses to come to Bow Island including the Alberta Bean Growers and Spitz. He also worked tirelessly on the committee which prepared the Town’s updated history book (A History of Bow Island and Area: Sage Brush to Pivots).

Fred loved Bow Island and gave countless hours of his time to the community in various capacities. He served a term as Mayor commencing in 1971; he served as a Councillor on three separate occasions (1965 – 66, 1971, and from 1976 to end of the term); he was a volunteer firefighter for seventeen years; he coached baseball and hockey for many years and served in various executive roles. In 1980, Fred and Dolly were recognized for twenty years of service to the Bow Island Minor Baseball and Hockey Association. He was on the Board of the Chamber of Commerce, and served on various other committees and organizations.

In approximately 2012, Fred started to write ‘Down Memory Lane’ by “Old Fred Mellen”. These articles were published on a regular basis in the 40 Mile Commentator right up until the time of his passing.

Fred will be remembered by many as someone who got things done. He worked hard and expected everyone else to do the same. He had a true fighting spirit. But, he also loved to tell stories. He was an accomplished public speaker and could make people laugh. He enjoyed genealogy and desperately wanted to prove that he was Irish. And he loved all of those grandkids and great grandkids. May the memory of the “sucker tree” live on forever!

If friends so desire, memorial tributes in Fred’s name may be made directly to the Bow Island Health Centre, Bag 3990, Bow Island, Alberta, T0K 0G0.

Special thanks to Dr. Woodruff who provided excellent care over the last number of years and Dr. Tawfeeq for his tremendous help in the past year. We also acknowledge the timely assistance of Gerald Mertz of RHS Medicine Hat over the last number of months. Finally, we truly appreciate the help of Bow Island Emergency Services and the Bow Island RCMP detachment on the evening of October 26, 2018.