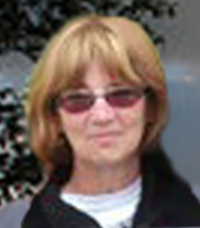 It is with saddened hearts that the family of Debbie Anne Bigge, beloved wife of the late Wolfgang Bigge, announce her passing after a brief but courageous battle with cancer. Debbie passed away with her loving family and friends by her side on Wednesday, October 24, 2018, in Medicine Hat at the age of 63 years. Left to cherish Debbie’s memory are her daughters, Char (Jason) Flaig and their family, Jordan, Joshua and Jasper of Medicine Hat; Brandy (Russell) Heath and their family, Trevor and McKenzy (Aaron) Leurguin and their daughter, Aydain all of Omaha, Nebraska; adopted daughter, Valerie Seitz and her family, Katarina (Miles) Dato and Alexandra Seitz and son-in-law, Laurie Seitz all of Medicine Hat and her brother, Larry Zmija. Debbie also leaves behind Wolfgang’s family: Toni Jordan, Werner (Louise) Wenslawski, Angie Wenslawski, Ralph (Cami) Bigge; numerous nieces and nephews as well as her dearest and closest friend, Michelle Compton. Debbie was predeceased by her husband, Wolfgang on February 9, 2015; parents, Gertrude and Alfred Zmija; parents-in-law, Paul and Alwine Bigge and brothers-in-law, Egon Jordan and Frank Wenslawski. Debbie was born on March 21, 1955, in Kitchener, Ontario and married Wolfgang Bigge on August 31, 1979. For the last 23 years, she worked at Hat News and Tobacco where she loved working in sales and enjoyed chatting with her customers. A Celebration of Debbie’s Life will be held at a later date. Memorial donations in Debbie’s name may be directly to the SPCA, 55 Southwest Drive S.W., Medicine Hat, Alberta, T1A 8E8. (Condolences may be expressed by visiting our website at www.cooksouthland.com) Honoured to serve the family is