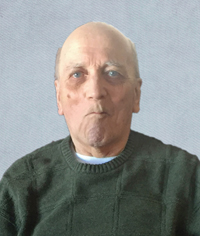 John Edward Gledhill of Medicine Hat passed away peacefully on Saturday, November 3, 2018 at the age of 84 years. John leaves to cherish his memory his three children, James Gledhill, Elizabeth Daniels and Lana Mandzak; his grandchildren, Sarah Daniels (Evan Hansen), Samantha (Taylor) Thomas, Melissa (Draason) Verissimo and Ashley Mandzak; his sister, June Poole; and many nieces and nephews. He was predeceased by his wife, Betty; sister, Lillian Gledhill; brother, Bill (Mary); sister, Dorothy (Reg) Beech; brother-in-law, Allan Poole; and son-in-law, Murray Mandzak. John was born in Grimsby, Ontario. He joined the Canadian Armed Forces at 18 and served 25 years, including 2 years overseas. Moose Jaw was home for John for 42 years, where he raised his family and worked at SIAST until he retired. He moved to Medicine Hat, Alberta in 2011 to be with family. John was gentle-hearted; he adored animals and babies. He loved foreign cars, motorcycles, aircraft and travelling back home to the cottage at Balsam Lake. A family memorial will be held at a later date. Memorial gifts in John’s memory may be made to the Medicine Hat SPCA, 55 Southwest Drive SW, Medicine Hat, Alberta, T1A 8E8. Condolences may be sent through www.saamis.com or to condolences@saamis.com subject heading John Gledhill. Funeral arrangements are entrusted to