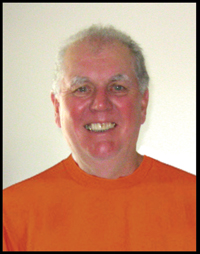 Mr. William ‘Bill’ Chapman, beloved husband of Linda, passed away peacefully at home while in the loving care of his family on Wednesday, November 14, 2018, at the age of 75 years. Along with Linda, Bill’s memory will live on in the hearts of his daughter, Rhonda (James) Marrazzo; siblings, Ross Chapman, Beryl Chapman and Leo (Yvonne) Chapman; sister-in-law, Betty Egan as well as numerous nieces and nephews. He was predeceased by his parents, Mary and Jack Chapman as well as his mother-in-law, Opal. It was while attending university that Bill joined the Canadian Army Reserve, rapidly ascending through the ranks to Regimental Sergeant Major of the Regina Rifle Regiment. He started his teaching career at Medicine Hat High School where he enjoyed mentoring young athletes through coaching within their football and basketball programs. Bill also officiated basketball at various levels and enjoyed the competition of playing for a time in the Commercial Men’s Basketball League. After a number of years at MHHS, he transferred to Crescent Heights High School where he served as a Counselor until his retirement. Throughout the years, he played countless games of racquetball and enjoyed jogging, walking or sometimes just sitting down with a good book… and then there was golf. If anyone questioned his love for the game, their doubts were put to rest after he shot 100 rounds during his first year of retirement! Golfing and vacations with friends and family, neighbourhood block and garage parties and time spent with family (especially family reunions) made up many of Bill’s most precious memories. A supportive husband and father, Bill always encouraged Linda’s career and volunteerism, helping out wherever and whenever he could. He will be dearly missed, and his memory will live on in the hearts and minds of all those who’s lives he touched. A Celebration of Bill’s life will be held at St. John’s Presbyterian Church, 504 – 2 Street S.E., Medicine Hat on Monday, November 19, 2018, at 1:00 p.m. with Reverends Jeff Lackie and Nancy Cocks officiating. Interment will follow at Hillside Cemetery. (Condolences may be expressed by visiting www.cooksouthland.com) If friends so desire, memorial donations in Bill’s name may be made directly to the Margery E. Yuill Cancer Centre, payable to the Medicine Hat and District Health Foundation, 666 – 5 Street S.W., Medicine Hat, Alberta, T1A 4H6 or to the S.P.C.A., 55 Southwest Drive S.W., Medicine Hat, Alberta, T1A 8E8. Honoured to serve the family is