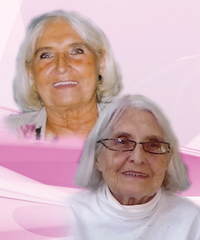 It is with great sadness that our family announces the passing of Marion Ruby Fisher of Medicine Hat, Alberta, formerly of Swift Current, Saskatchewan on Wednesday, November 21, 2018 at the Valleyview Nursing Home. Marion was born in Moose Jaw, SK. on March 3, 1933 and married Gordon Wilbert Fisher on November 9, 1949. She managed ladies wear at Woolworths; was the furrier for Saks Furs and managed Bata Shoes. Marion and Gordon retired at Lake Pelletier until Gordon passed away at which time Marion moved to Medicine Hat to be closer to her daughter. She is survived by her son, Rick (Star) Fisher, and family, Traci (Chris) McLaren, Keri (Sean Rhoads); her daughter, Vonnie (Dave) Wright and family, Melissa (Mark) Ranstrom, Lee (Nicole) Wright; her daughter, Sherri Siemens (Joe Kobsar) and family, Randalyn Fisher, Brent (Brandy) Siemens, Wayne Siemens (Marcia Fiddler). She is also survived by a brother, Jim (Margaret) Butcher; sister, Leonne (Elwood) Leoppky and brother, Jerry (Pat) Butcher as well as numerous great-grandchildren. Besides her husband, Gordon, Marion was predeceased by her father, William Walter Butcher; mother, Ruby Lena Butcher; sisters, Eunice Olson and Muriel Meloche. We would like to sincerely thank the staff of the Valleyview Nursing Home for the wonderful care and compassion shown to mom. A Celebration of Marion’s life will take place at a later date. (Condolences may be expressed by visiting our website at www.cooksouthland.com) Honoured to serve the family is