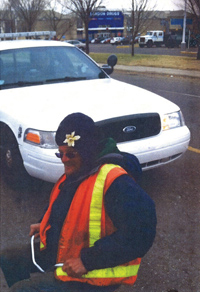 Mr. Jon Denis Teynor of Medicine Hat passed away on Tuesday, December 11th, 2018 at the age of 65 years. Jon leaves to cherish his memory his mother, Trudy Kazokas; two brothers, Wayne (Janette) and Wally; five sisters, Linda (Rod), Peggy (Dave), Gayle (Ronnie), Marge (Marvin) and Joan (Gary); as well numerous nieces, nephews, friends and co-workers. Jon was predeceased by his father, Clarence Teynor. Jon was born on October 10th, 1953 in Lethbridge, Alberta. He had two passions, his job as a Paver and music, except country and Christmas music! Jon was always willing to help any friend in any way possible. He was known by his friends and family as a comedian and a sports fan; especially the Green Bay Packers and Boston Bruins. Jon also enjoyed canning and sausage making. A private family celebration of life will be held. Condolences may be sent through www.saamis.com or to condolences@saamis.com subject heading Jon Teynor. Funeral arrangements are entrusted to