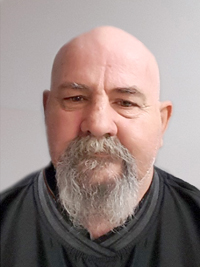 Mr. Larry Douglas Starner of Seven Persons, beloved husband of Janet, passed away peacefully at his residence while surrounded by his family on Sunday, December 16, 2018, at the age of 64 years. Along with Janet, left to cherish Larry’s memory are his children: Jason Starner (Samantha MacBean), William Starner (Alisha Bakanec), Matthew Starner (Dorian Gomez) and Jacey Kessler (Logan Kessler). His memory will also live on in the hearts of his grandchildren, Skyland, Michael, Autumn, Azreal, Jordyn, Pyriel, Journey and another expected granddaughter to be born this February who helped Larry hold on as long as he could in anticipation of her arrival; great- grandchildren, Noah and Anna, as well as numerous siblings, in-laws, nieces and nephews. Larry was predeceased by his parents, Samuel and Helen Starner as well as a son, Jeremy Starner. Family wish to extend their heartfelt appreciation to the medical staff on 4 West for caring for Larry during his stay in hospital as well as the Palliative Care team. Special thanks to the Medicine Hat Homecare staff that went above and beyond to help support the family through Larry’s journey to remain at home… they were our angels. A Celebration of Larry’s life will be held at Cook Southland Funeral Chapel, 901 – 13 Street S.W., Medicine Hat on Friday, January 4, 2019, at 2:00 p.m. with Major Murray Jaster officiating. Interment will follow at Hillside Cemetery. (Condolences may be expressed by visiting our website at www.cooksouthland.com) If friends so desire, donations in memory of Larry may be made to the Alberta Children’s Hospital, 2888 Shaganappi Trail N.W., Calgary, Alberta, T3B 6A8. Honoured to serve the family is