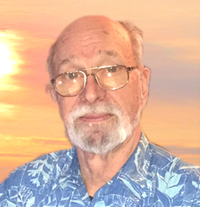 Peter van Montfort, beloved husband of Inge, passed away in Medicine Hat on Saturday, December 29, 2018, at the age of 76 years. Along with Inge, left to cherish Peter’s memory are his children, Jasmina (Stewart) Scheuerman of Medicine Hat, Elaine van Montfort of Medicine Hat, Marc (Amanda) van Montfort of Calgary; step-children, Richard Reich of Thorsby and Lisa Reich of Medicine Hat; grandchildren, Mitchell and Savannah Scheuerman, Rowan Morrison as well as Erikson, Keaton and Beau van Montfort. Peter is also survived by his siblings in the Netherlands, Margit Duda and Anneke van Montfort; Jaques (Josje), Huub (Queen), Jo (Sandra), Harrie (Marlene) and Tonie, one brother in Ontario, Albert (Annemarie) as well as numerous nieces and nephews. He was predeceased by his parents, Cornelis and Anna van Montfort; brother, Bert as well as his first wife and the mother of his three children, Marija Maltby. Peter was born on April 15, 1942 in the Netherlands. He immigrated to Canada, settling in Toronto in 1962. In 1975, he was transferred by his employer, R. L. Crain to Medicine Hat where he worked as a Certified Management Accountant. This led to him starting his own accounting firm, Duca Accounting. Peter enjoyed hockey and was a huge Maple Leafs fan. He loved reading and dancing and was heavily into researching his family tree and the travels that came with it. Peter belonged to the Dutch and German Clubs, the German Choir and also enjoyed singing with the Barbershoppers for a short time. A Private Celebration of Peter’s life will be held at a future date. (Condolences may be expressed by visiting www.cooksouthland.com) In lieu of flowers, memorial donations in Peter’s name may be made to the Salvation Army, 164 Stratton Way S.E., Medicine Hat, Alberta, T1B 3R3 or to the favorite charity of your choice. Honoured to serve the family is