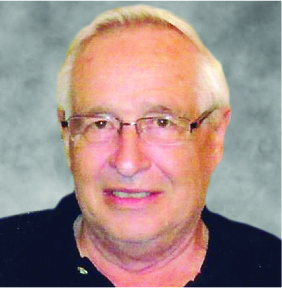 August 12, 1941 – January 19, 2019, 76 years old. After a long hard battle with his health Joe took his last breath at the Medicine Hat Regional hospital and peacefully went to rest in the arms of the lord.

Joe was born on August 12, 1941 in the Prelate hospital to Gottlieb and Margaret Ries. He lived on the family farm with his parents, grandparents, brother, aunts and uncles. He attended Richmound school until his grade 12 year when he moved to Fox Valley to live with his uncle Frank and Aunt Betty Schneider on their farm so he could ride the bus with his cousin Linda, who was starting school at that time. In June of his grade 12 year he broke his arm playing ball and had to defer writing his grade 12 final exams until the fall. He then went to Medicine Hat and worked at the chemical plant for 6 weeks, at that time a position opened up for as assistant administration at the RM of Happyland in Leader. He was the successful applicant and later took the administrators position and stayed working there for 47 years. He retired in 2005. He felt very honored when the RM named a road after him.

In 1965 he married the love of his life, Nina. Together they enjoyed camping, fishing and socializing with family and friends. During the 1980’s he spent many hours golfing with his father-in-law, Edwin. He was a long-time member of the Leader Lions, as well as a 4th degree Knights of Columbus member.

Predeceasing him was his mother, Margaret, his father Gottlieb, his father-in-law, Edwin Kiltau, a sister-in-law Violet Ries and a nephew Robin Ries.

Left to cherish his memory is his wife Nina, a son Charles (Andrea Stepp), a daughter Bobbi (Gary) Brehm and grandsons Ashton and Shay Brehm. One brother Ralph Ries, mother-in-law Sada Kiltau, as well as numerous sisters-in-law and brothers-in-law that blessed him with many nieces and nephews. He cherished and loved them all.

Expressions of sympathy can be done so by donating to the Medicine Hat Regional Hospital, Renal unit