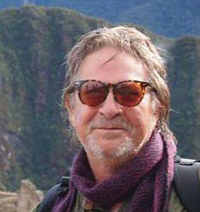 Michael Morgan, passed away on December 9th, 2018 in Blairmore, Alberta at the age of 67. Mike is survived by his children Shaelen Morgan and Michelle (Chris) Whaling, along with his son-in-law Keith Parkinson. Mike left behind 6 grandchildren, Jade, Liam, Marley, Charlie, Alfie and Andie. He is also survived by his mother Mikki, predeceased by his father Alan and sister Debbie Kovacs. Mike was born on July 15th, 1951 in Kelowna, British Columbia and remained in British Columbia for several years before moving to Medicine Hat, Alberta, where he raised his family and worked for AGT/Telus for over 20 years. After retirement he made Blairmore, Alberta, his final home. Mike loved the outdoors and enjoyed backpacking, camping, fishing and quadding. In the last decade he took to travelling all over the world and immersing himself in the various local cultures and meeting new people. He always had an amazing ability to go solo on an adventure and come home with many new friends, who he kept in contact with on a regular basis. Mike enjoyed politics and had a great interest in humanitarian efforts globally. A celebration of life will take place late August in BC. To send notes of condolence, please message CelebrationOfMikeMorgan@gmail.com

Mike was a believer in helping people, in his memory, please consider www.kiva.org as it was one of his favourite ways to give.