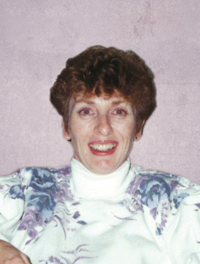 Rhonda was born on May 12, 1951 in Emo, Ontario to Gordon and Mary “Carrie” Reid. She was raised on the family dairy farm in The Rainy River District with her two brothers until a short time after her dad contracted polio, at which time the family moved to Barwick, Ontario. After graduation she eventually moved to Winnipeg, Manitoba where she met the love of her life, Darryl Shoemaker in the spring of 1972. After a brief 6 month courtship, they were married October 14, 1972. Together they eventually settled in Brandon, Manitoba where they welcome their two children, Marissa and Gordon. Employment opportunities led them out west to the small town of Brooks, Alberta where Rhonda was a stay at home mom. She returned to the workforce as the Executive Administrative Assistant, at the Brooks Hospital, until they moved to Medicine Hat in 1992. After working in Medicine Hat at Entre Corp, Rhonda retired and moved with her husband and their critters to Irvine, Alberta for a slower, paced, small-town lifestyle. Rhonda’s health brought her and Darryl back to Medicine Hat in 2018 where they could be closer to their family and especially their granddaughters.

Rhonda was an amazing cook, gardener and ‘mom’ to everyone. She was known to drag home every stray cat, dog or kid she ever came across. She always had a warm meal or jar of homemade grape jelly to give. Rhonda was an avid reader, enjoyed puzzles of all kinds, doing crafts like crocheting, knitting, sewing and cross-stitching, and she took great pride in her yard. Each Spring the house was converted in to a greenhouse to start all her little plants. Though tiny in stature, Rhonda had the heart of a lion and she loved her family and God with everything she had.

Family wishes to extend special thanks to the amazing respiratory care team who looked after Rhonda over the past few years, the wonderful amazing staff on 5E and 4W at the MHRH, as well as very special friend and nurse Sara.

The Funeral Service will be held at SAAMIS MEMORIAL FUNERAL CHAPEL, 1 Dunmore Road SE, on Friday, March 22nd, 2019 at 3:00 p.m. with Gary W. Goran officiating. Memorial gifts in Rhonda’s memory may be made to one’s charity of choice. Condolences may be sent through www.saamis.com or to condolences@saamis.com subject heading Rhonda Shoemaker. Funeral arrangements are entrusted to

Leave a Condolence for mary kusch