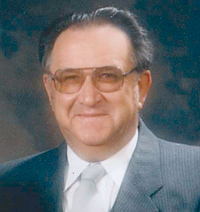 Richard Frank beloved husband of Loreen Frank (nee Flemmer) of Calgary, passed away on Friday, March 22, 2019 at the age of 91 years.

Richie was a caring husband, loving father, grandfather, great-grandfather, and a hard working Carpenter. He was born in Empress and lived out most of his life in Medicine Hat, where he met and married Loreen Frank on June 11, 1955. His favourite hobbies included hunting, fishing and tinkering in his garage. His greatest career accomplishment was being the supervising carpenter of the Medicine Hat Hospital.

Condolences may be forwarded through www.mcinnisandholloway.com.