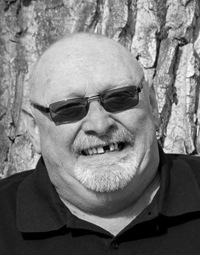 It is with immense sadness that we announce Dale’s sudden passing. His Life was cut much too short and was surrounded by family during his final days. He joins his beloved parents James and Ruth, grandparents and niece Jaylene. He was a man of great faith and integrity. Dale saw the best in people and was always ready with a kind word, sage advice or to lend a hand. He even became a “chosen papa” for three little darlings Paige, Temperance and Carter.

He will be greatly missed by the love of his life Mary Joan, son Jon, siblings Dennis (Liz), Don (Brenda), Daryne (Darlene), Darlene aka Leonard (Scott), mother and father in law Fran and Bill, brother in law Mike (Donna), numerous nieces and nephews and good friends. A private gathering will be held at a later date. Condolences may be expressed by visiting www.evanjstrong.com