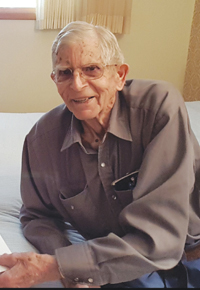 Jack was a finish carpenter for 45 years working for the Oland Family which he took great pride in (if you wanted a perfectionist carpenter, he was your man)

Jack was very proud of his children and loved every second spent in the presence of his family. He will be dearly missed by all those whose lives he touched, he was truly a gentle soul.

If friends so do desire, donations could be made to C.0.P.D (Lung Association, Alberta)

One Condolence for “JOHN (JACK) REEVES”