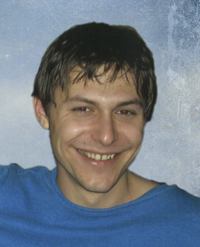 It is with sadness that the family of Ben Savard announce his passing on Wednesday, June 26th, 2019 at 28 years old. Ben graduated from Medicine Hat High School in 2010. He went on to complete the power engineering program at Medicine Hat College and recently completed the 2nd year in the paramedic program with honours. February 13th, 2012, Ben married Chelsea Gadd who has become a cherished member of the Savard family. He had a smile that could light up a room and such a kind heart. Nothing made him happier than being able to help others. He was recently employed by Flynn, Trenton and Joey who became friends and taught him a lot about life. Ben was the best big brother and had a special bond with Danny. They had so much love for each other. Ben was predeceased by his grandparents, Muriel & Glen Ransom and Theresa & Nelson Savard. He will be lovingly remembered by his wife, Chelsea; parents, Paul & Karen Savard; brother, Danny and many aunts, uncles and cousins. A private family service will be held on Sunday. There will be no funeral service but please come to 395 Woodman Ave SE, Sunday, June 30th anytime after 3:00 p.m. to remember Ben with his family. In lieu of flowers, donations will be accepted at the house to a charity that was special to Ben. Condolences may be sent through www.saamis.com or to condolences@saamis.com subject heading Ben Savard. Funeral arrangements are entrusted to